skip to main | skip to sidebar

I didn't do a very good job of keeping this site updated last year, did I?

The garden has gotten so much larger, it is almost more than I can keep up.

We in Texas are in the throes of an extended drought.  This is my third straight year with little to no rain.  Watering alone is a never-ending chore.

Weeding . . . well, let's just say I rarely have the time.  That being said, The garden looks pretty good at present.

We had a very late freeze that killed off all of my early tomatoes, so I had to re-plant in mid April.  I would normally be eating tomatoes by now, but this year I still haven't harvested one.  The green beans are also very, very late.

We are harvesting squash, asparagus, lettuce and radishes.  We have cucumbers on the vine, and the Straight Eights will be ready to start picking in about a week.  The picklers look awful.  I planted them at the base of the trellis that had my peas growing on it.  My thought was that the peas would fix some nitrogen into the soil to help the cucumbers along.  It didn't seem to work, and they didn't get enough sun under the peas.  as a result they are far behind the Straight Eights.  I gave them a shot of fish emulsion last weekend.  The 98 degree day last weekend pretty much put an end to the peas, so I cut them all down and am hoping for the best on the cucumbers.

A few pictures from the castle grounds.  (All are clickable)


A Sunflower (Taiyo) just opening with a friendly little bee in it. 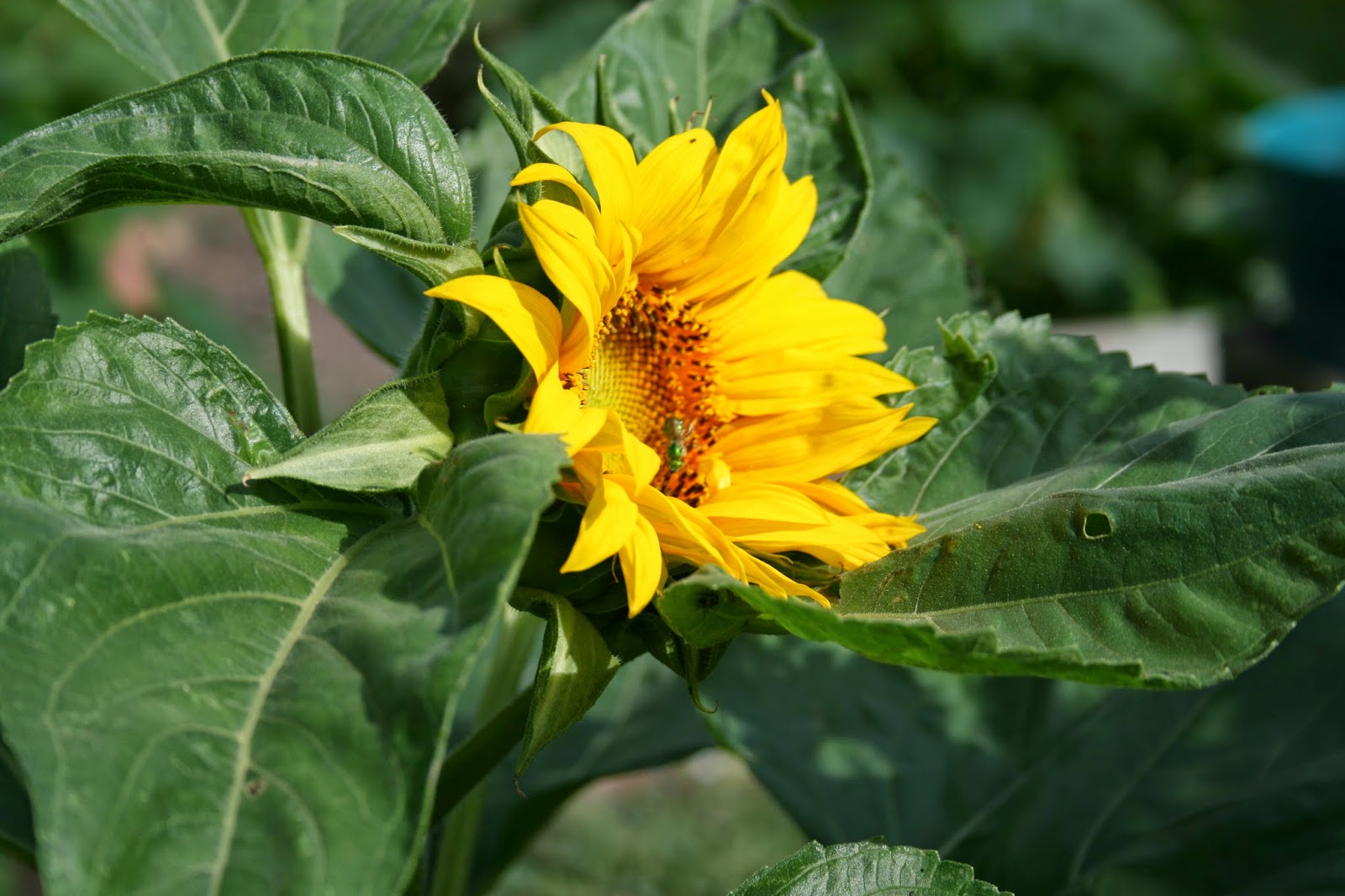 A bloom on my Mr. Stripey tomato.  I'm getting very worried about this guy, the plant is over 5' tall and it has yet to actually set a tomato.  I'm afraid it's going to get too hot for this guy pretty soon.  If I don't get a very early start I have real trouble with heirlooms because of the heat. 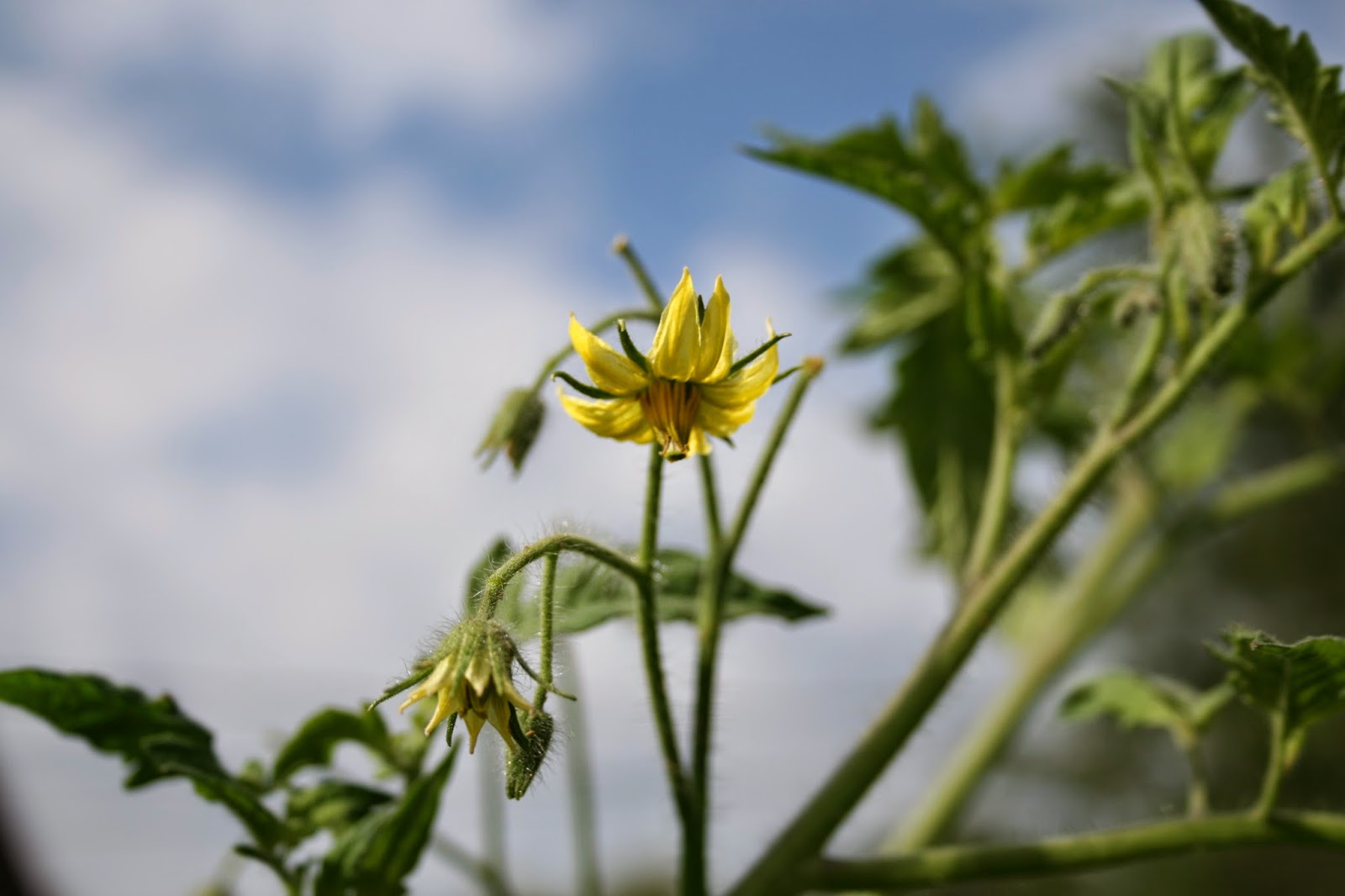 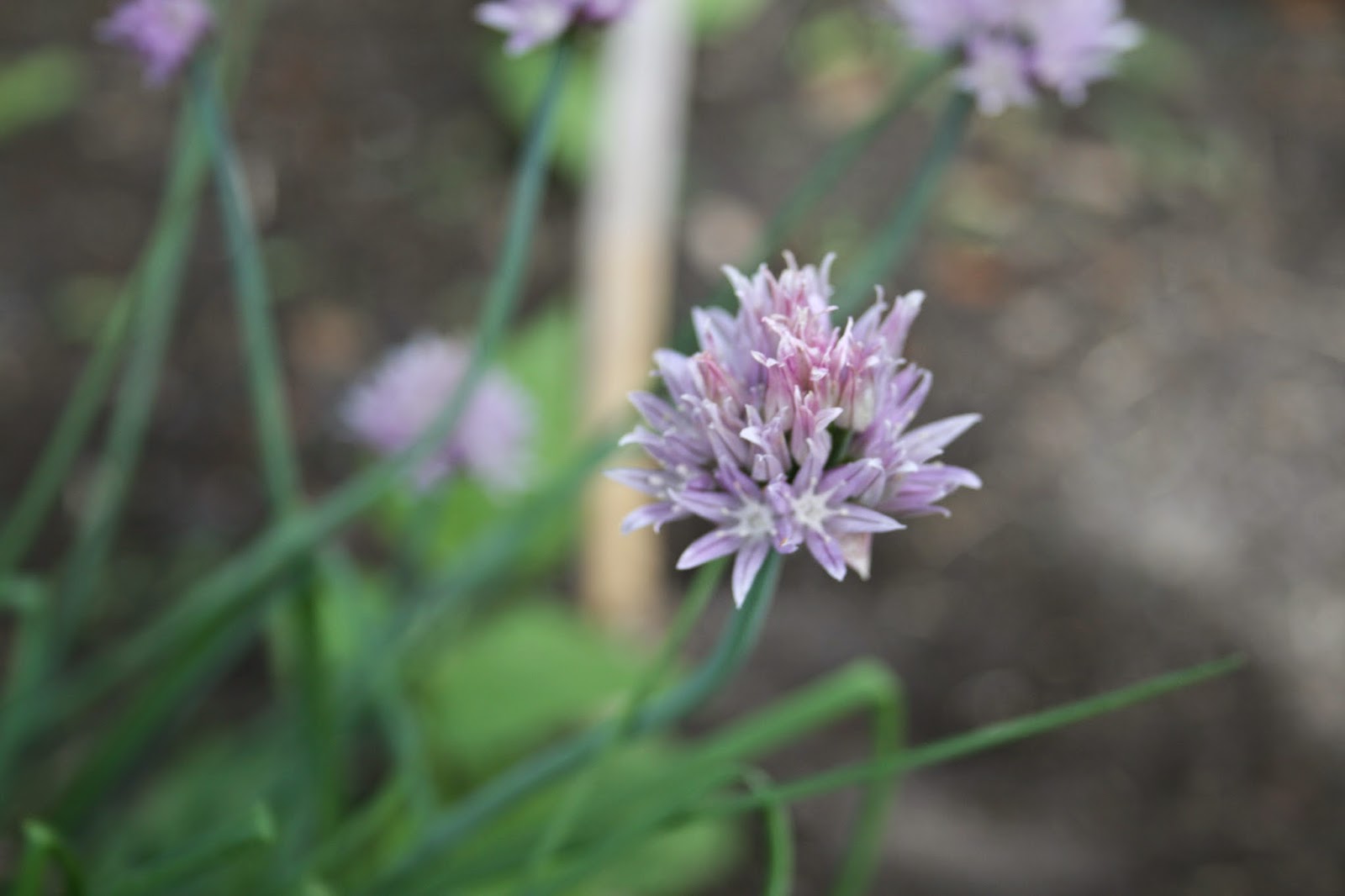 Mr Gnome, napping among the Pintas. 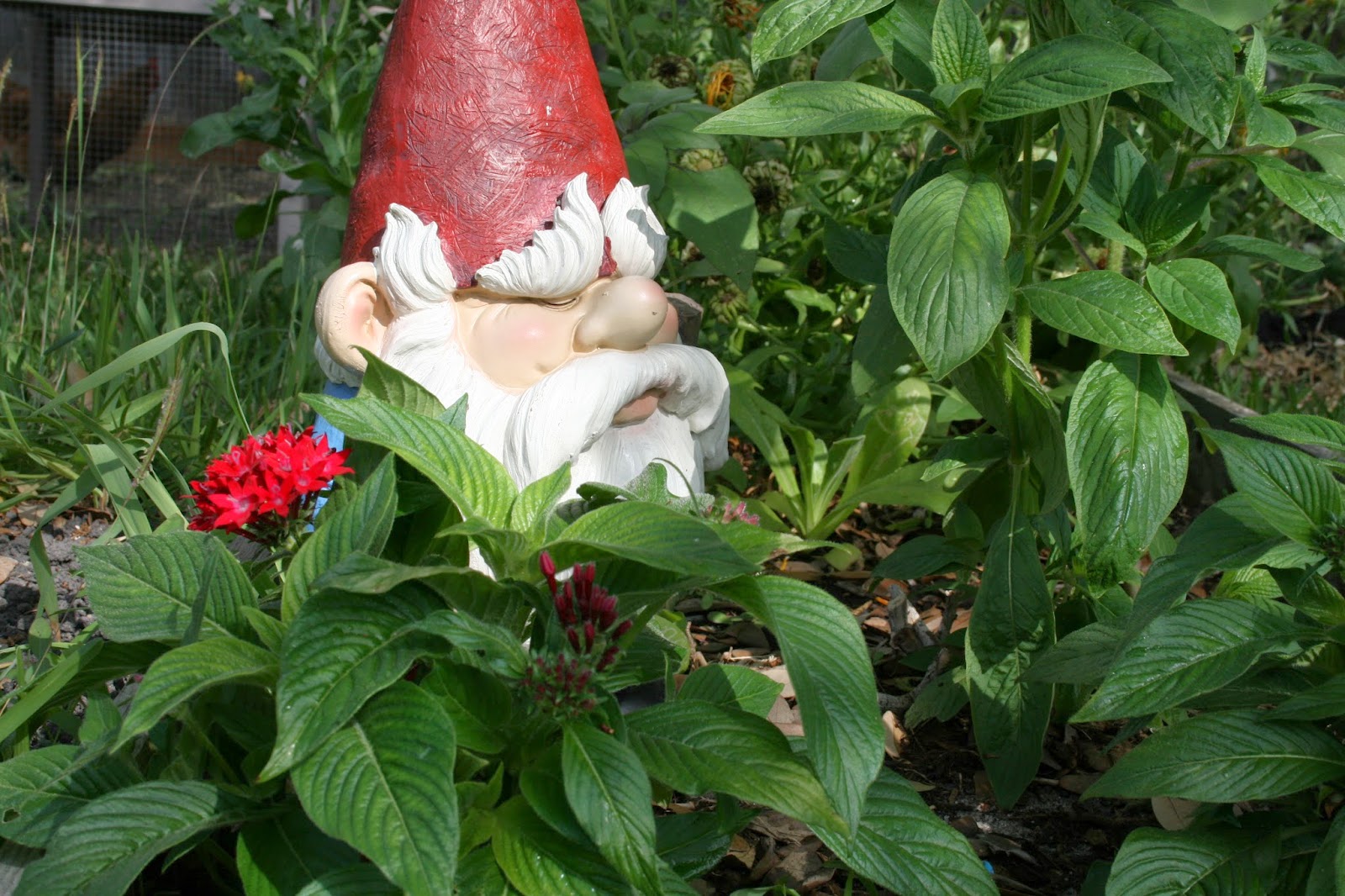 A cucumber blossom on the Straight Eights. 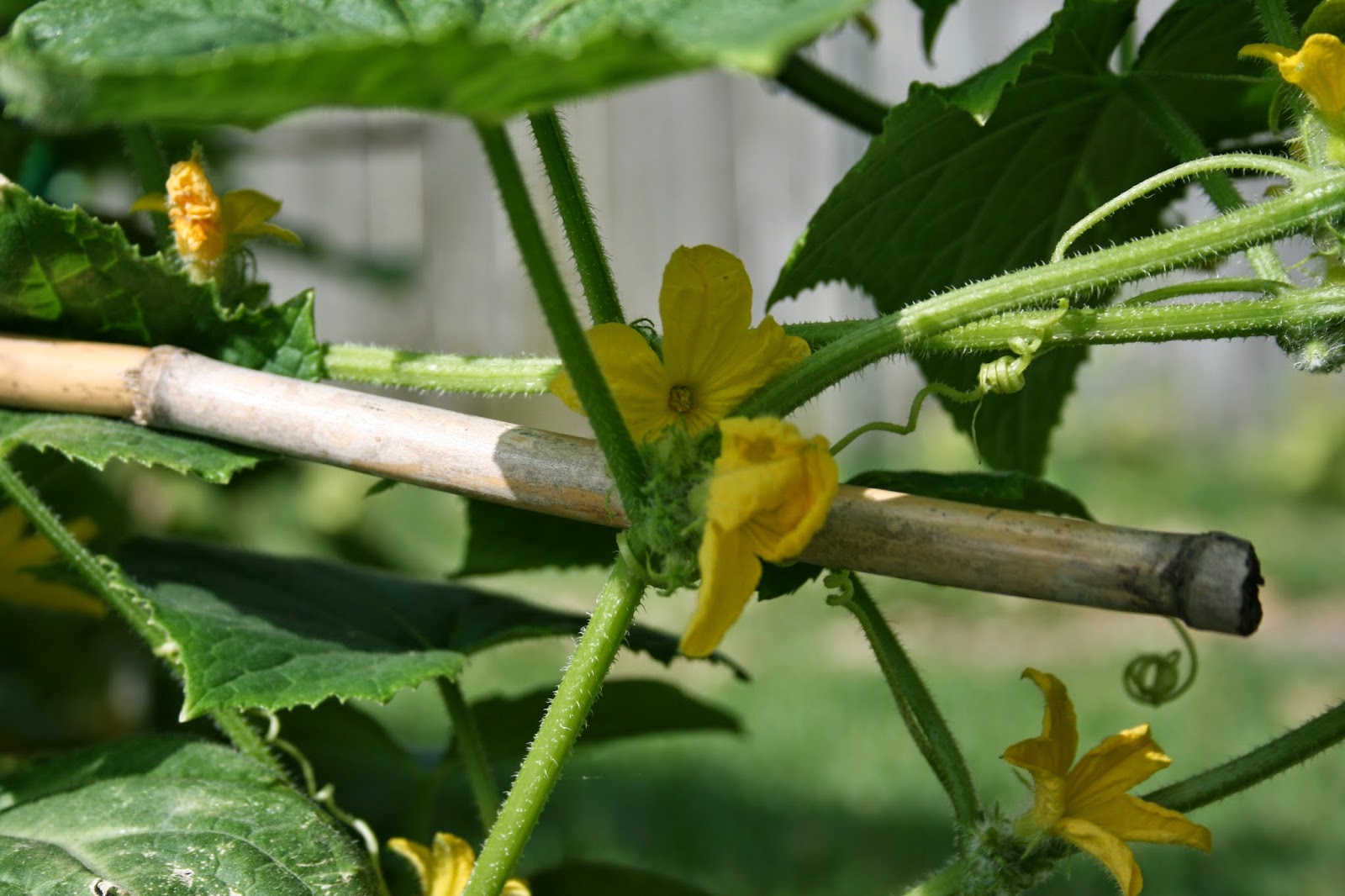 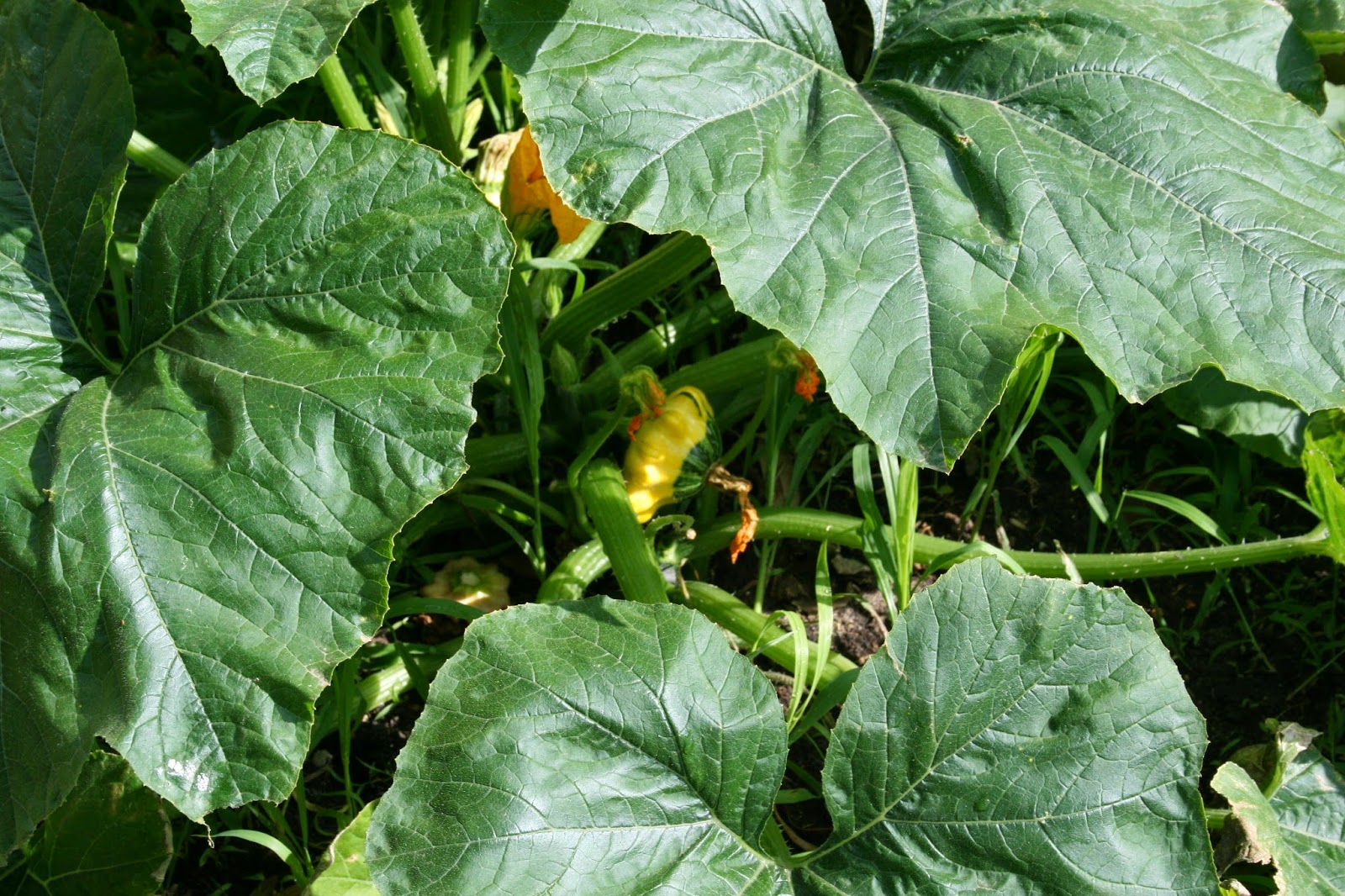 A nice basket of squash, picked before breakfast yesterday. 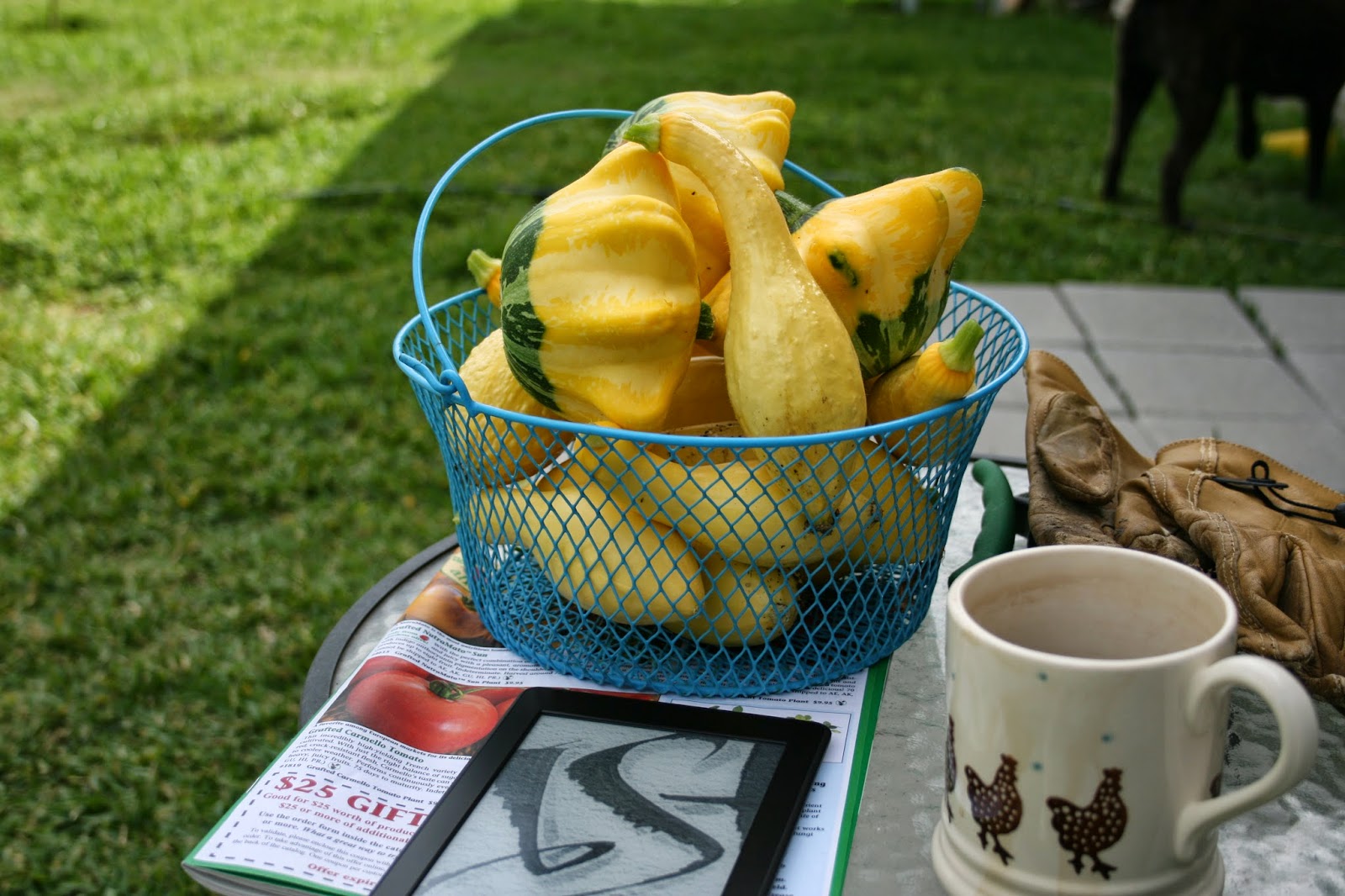 Brave Sir Robin
I'm a nice guy, who tries to do the right thing, with varying degrees of success.